Join us as we profile three of the major companies taking part in this year’s TransRussia exhibition in Moscow.

As Russia’s only dedicated transport & logistics event, TransRussia attracts the great and the good of international carriers, equipment suppliers and transporters.

They come because they know they can reach the Russian cargo owners that matter. Previous event editions have welcomed procurement officers and logistics managers from the likes of HeidelbergCement, BMW Russia, Coca-Cola RU and Ikea.

We know why they come — but who do they come to meet? Let’s take a quick snapshot at some of the big name’s exhibiting at TransRussia 2019.

You can check out the full exhibitor list here.

Maersk is the largest container shipper in the world. With the capacity to carry more than 3.8m TEUs across its vast fleet, the Danish carrier is the first and last word in global container shipping.

It’s an innovator too. Maersk became the first container company to start using the newly established Northern Sea Route in August 2018. During that time, Maersk sent a  ice class vessel from Vladivostok to St. Petersburg along the corridor which passes through the Arctic Circle.

It was also announced in February 2019 that the Russian Ministry of Transport is preparing to launch a pilot of the IBM-Maersk design TradeLens block chain port management system. The system, which will be trialed at the Port of St. Petersburg, is said to do away with paperwork, acting as a kind of central documentation database for shippers, traders and transporters.

Discover more about Maersk in Russia by hitting up their stand at this year’s TransRussia exhibition.

A subsidiary of Russia’s national rail operator RZD Russian Railways, Russian Railways Logistics is less a sub-company and more a transport leviathan in its own right. In fact, it is the largest multi-modal firm operating in Russia, the CIS and the Baltics.

So far, China is very much a target for RZD Logistics. China’s One Belt One Road global trade strategy is having a big influence on the Russian cargo transport sector. As such, RZD is pioneering new routes and handling new cargoes to and from the largest exporter in the world.

For instance, RZD launched a service connecting Chengdu in Northern China to Zhodino in Belarus to carry kits for car manufacturer Geely, as well as winning the contract to deliver Volvo cars from China to Russia.

Alongside China, RZD is getting involved in other major transport corridors. It is actively partnering with Indian firms on establishing the North-South Transport Corridor — a route connecting Mumbai to Moscow through Central Asia. 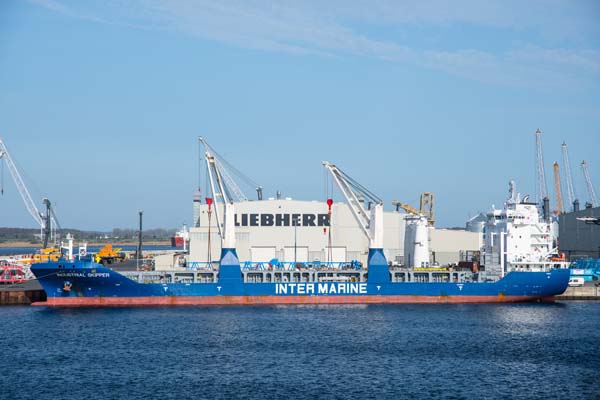 Visit any commercial port anywhere in the world and chances are you’ll find one of Liebherr’s maritime crane solutions in use there.

At TransRussia, the German manufacturer’s Russian wing, Liebherr Russland, will be showcasing its enormous range of port infrastructure equipment.

Liebherr Maritime Cranes covers a range of advanced port equipment, including mobile harbour cranes and reachstackers, slewing cranes on fixed pedestals and rail-mounted gantries. As well as that, options are available to handle panama and megamax vessels too.

Meet these companies and more at TransRussia: Russia’s only dedicated transport & logistics event

You can get an e-ticket to visit the show by registering here.